With the intermediate round over the final showdown between the top two players has taken place in the expert round in a best three our of five challenges. The results are in and here they are. Thank you very much for everyone who played this season and we’ll be looking at creating a great experience for next season. 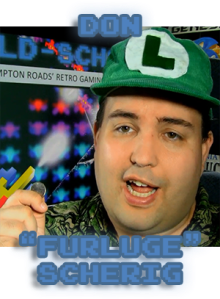 On July 25th, 2015 Nick took on the four challenges of the Old-Schooled Intermediate round. Here’s how he did.

Nick logged the best time seen so far, logging a full game completion in Metal Storm and three game completions in Contra before he chose to stop his run. The twitch video of the run can be viewed by clicking the date link above.

On November 30th, 2014 Nick Skogstad logged his trial for Season 1 of the Old-Schooled League at ThatGameStore when he took on the four challenges for the Beginner round. Here’s how he did.

Nick is the current favorite to win the season, but if there is anything his performance today shows it’s that everyone needs to practice. His stand out performance was in Legend of Zelda, the game he got the most practice in with a stunning time of 5:23. However a few simple mistakes in Sonic & Knuckles lead to early deaths and a stunning Game Over in the final part of Act 2 of Flying Battery Zone when he ran into pitfalls he hadn’t encountered during his warm-up. 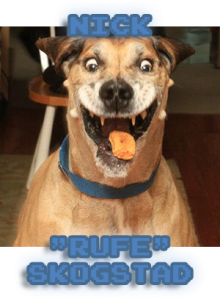 Nick “Rufe” Skogstad will be taking on the Old-Schooled challenge on November 30th at 3PM. Nick is know for being one of the top players in the history of Old-Schooled. Nick’s first appearance was  in the second Old-Schooled tournament where he came in first place, logging an impressive 80,500 in Super Ghouls and Ghosts on the SNES. He has also won both the 17th and 16th Old-Schooled tournaments, defeating Josh Davis and Evan Small respectively. He is the current favorite to win, though his strength has always lied in adapting to new surprise games. With all the challenges being announced ahead of time it will be interesting to see how he does this time.

You can come see him play live at That Game Store in person or watch him on twitch.tv at Furluge’s and That Game Store’s channels! Since this is a live event and some setup time is needed the broadcast is not scheduled to start until 3:30PM.